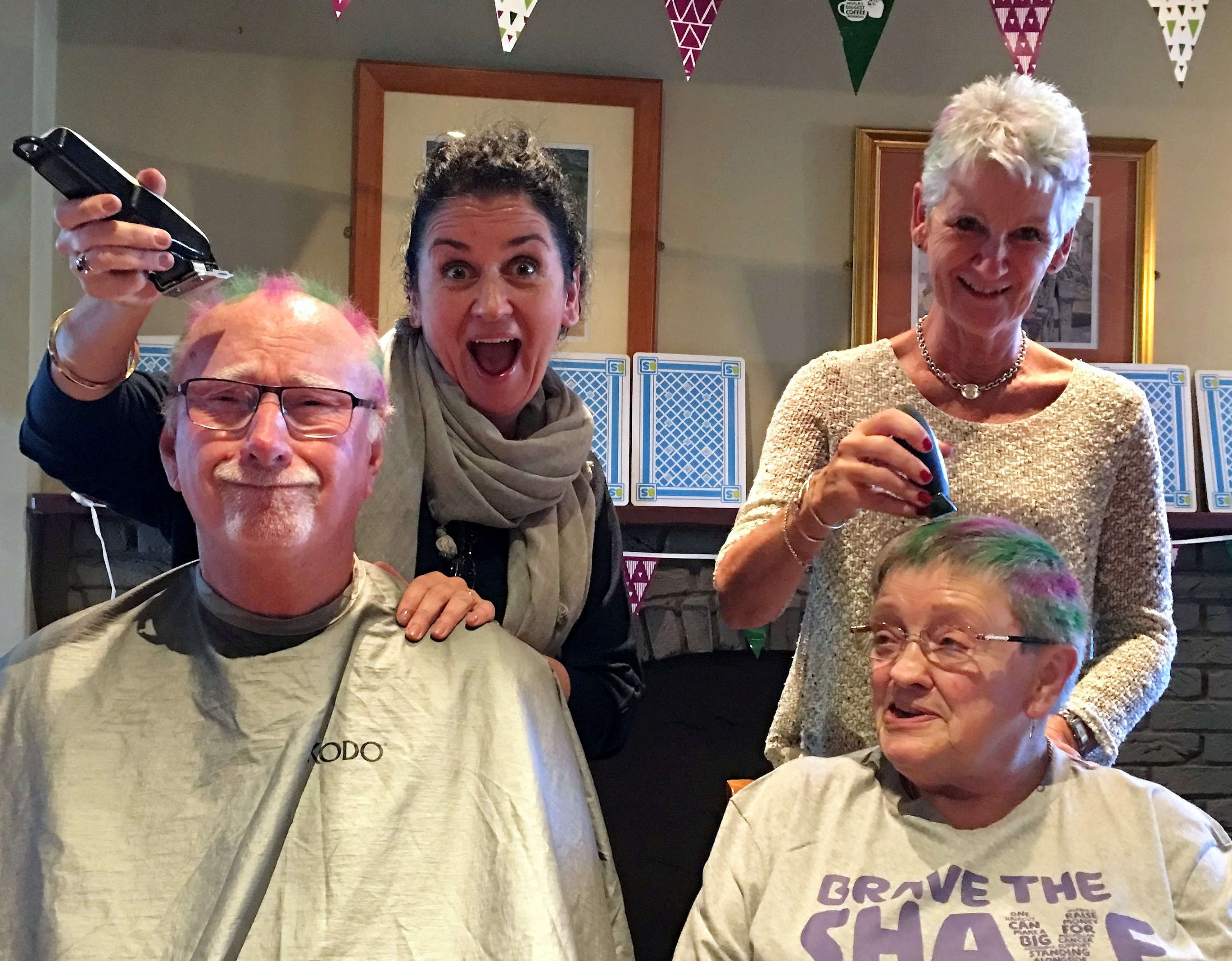 Two residents at The Elms retirement park in Torksey, Lincolnshire, did more than let their hair down at a recent charity fundraising event – they let it literally fall to the floor!

The daring duo were among a big crowd at a get-together organised by the park this autumn which raised over £1,200 for Macmillan Cancer Support.

As part of the event, Roy Strangeway and Doreen Roberts took on a “Brave the Shave” challenge which saw their heads totally shorn of every last follicle!

Both had dyed their hair green and purple in preparation for the big snip, and other residents at The Elms dug deep into pockets to sponsor their bold bid for baldness.

Scene for the charity party was The Hume Arms in Torksey, and village residents helped to swell both the numbers taking part and the overall total raised.

Stalls, games and competitions also featured, and generous support in the form of prizes and donations were provided by local and national businesses.

Tracey Coulson, a director of The Elms and a member of the park-owning Kinch family, said the event continued a long tradition of fundraising by the park and residents:

“Although The Elms is designed for people in or near retirement, there’s certainly no lack of energy among everyone for supporting good causes,” said Tracey.

“Thousands of pounds are raised each year, and we never cease to be amazed at the wealth of ideas which come forward to make these occasions a success.

“It benefits the charities involved, of course, but events such as this also draw everyone together and provide an important extra dimension to everyone’s social lives,” she added.

The Elms has been under the Kinch family’s ownership for over 35 years, and its 340 park homes for people aged 50-plus are located in 65 acres of landscaped grounds.

Tracey said that everyone was delighted at the amount raised for Macmillan Cancer Support as part of its World’s Biggest Coffee Morning which takes place annually.

Find out more information about the park on our website at www.elmsretirementpark.co.uk.