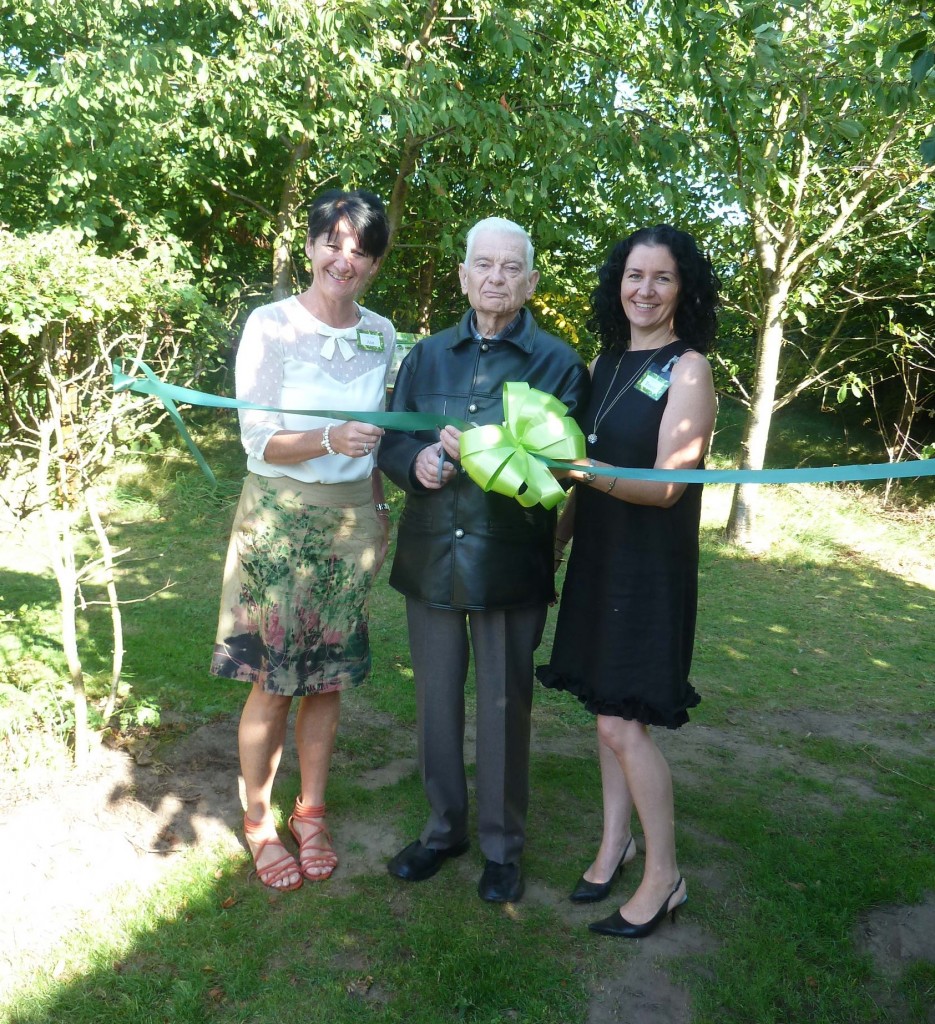 Opening of John’s Woodland WalkSeptember 15, 2012 New Woodland Walk at The Elms
We invited our oldest resident to cut the green tape this weekend to open our new Woodland Walk on The Elms. This new development named after our father, John Kinch, who founded the park, will take residents on a fully interpreted discovery tour of the park’s outstanding flora and fauna.

Declaring the walk open was well-known resident 80-year-old Jack Smith who moved to the park just over 25 years ago, and who for many years was employed as an electrician on the site.

The new nature trail, called John’s Woodland Walk and designed for easy accessibility, takes in a conservation “buffer zone” of land bought by us twenty years ago.

An absence of any built development or agricultural chemicals on the land has meant that it has become a haven for many different types of animal, bird and plant life.

Bird boxes and specially created habitats for hedgehogs, owls and bats are also helping to swell wildlife numbers – and the area has additionally been sown this year with wild flowers.

The pollen-rich varieties will, it is hoped, help increase the butterfly population and introduce a larger number of insects which will provide a food source for birds.