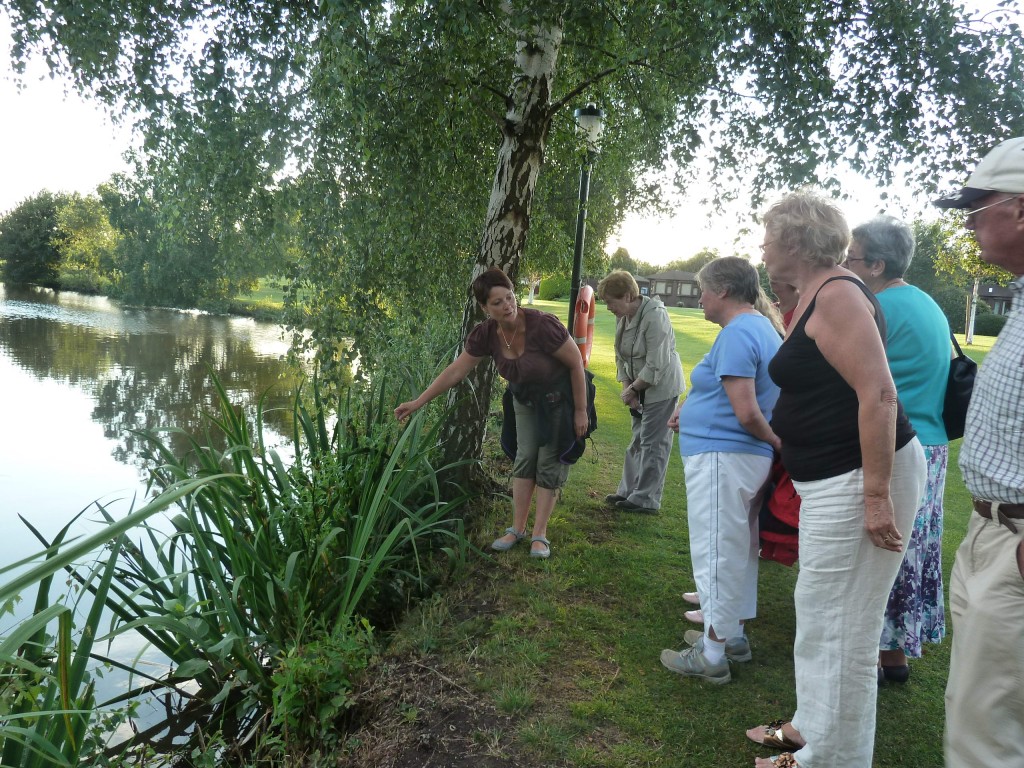 Residents’ walk in the park uncovers nature’s remediesJuly 30, 2013 Herbal Walk at The Elms
We recently hosted a herbal safari for residents on The Elms led by local herbalist Debbie Lincoln. The residents explored around the nature trails, lakes and the canal-side of the park for two hours uncovering a host of indigenous plants including buttercups, meadowsweet, eyebright, tansy, violets and silver birch which all have medicinal properties.

Debbie, who is an established herbal practitioner, outlined the wide range of ailments which can be treated naturally. They range from arthritis and blisters to sore eyes, cold and cuts.

Residents, who included members of the park’s gardening club, were encouraged by Debbie to smell and touch the plants, and to sample those it was safe to taste.

Following the herbal safari, the group inspected a herbarium created by Tracey and featuring a wide variety of plants found both at The Elms and along local hedgerows and parkland.

Debbie said she was amazed at the huge numbers of medicinal plants growing wild at the park:

“For centuries, people have provided their own medicines from what grows naturally all around us, and which can offer extremely effective remedies for a host of complaints,” she said.

“I believe it is hugely important that this knowledge is passed on so that we remain connected with the natural world, and don’t lose the ability to look after ourselves,” she added.

We were delighted at the response to this event and it’s success and so are looking to hold more of a similar nature in the future.